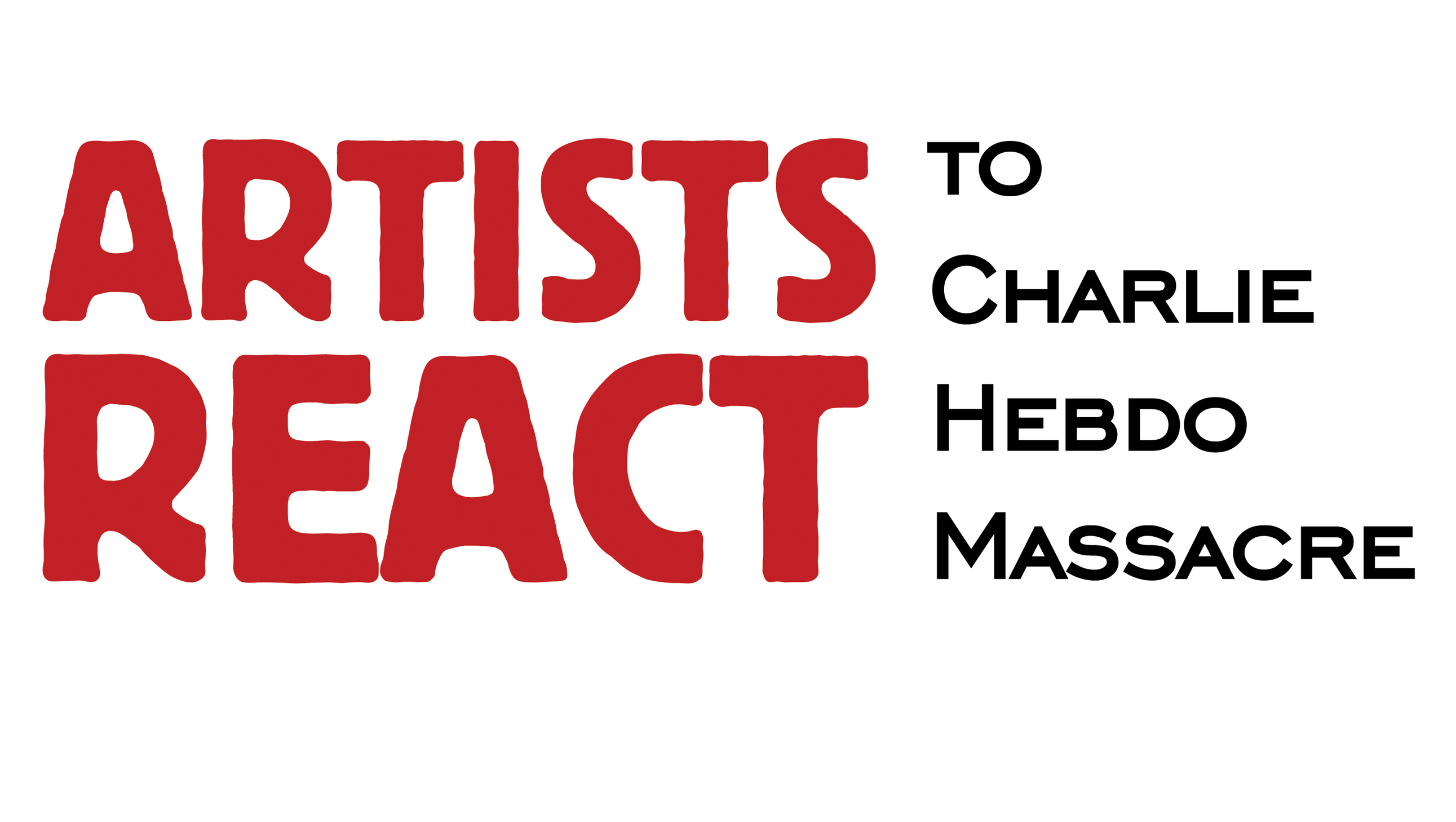 By Andrea Serna, Arts and Culture Writer
In order for art to be worthwhile, it must have something to say. And, when you have something to say, you risk infuriating extremists or even the occasional thin-skinned observer.
As the world reflects on the attack on the Charlie Hebdo headquarters, Harbor Area artists responded to the mass shootings in France. Here’s what they had to say: 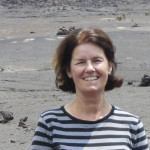 Ann Cleaves, Random Lengths News Cartoonist
What happened at Charlie Hebdo was horrendous. The shooters were fanatic murderers.  However, it bothers me that we Americans are so quick to say that we, of course, are for free speech and freedom of expression.
Words and images can be very powerful. Words can also be taunts, slurs, degrading stereotypes and [they can be] powerfully intimidating. We should stand up against and resist malicious words. In the U.S. there are laws against hate speech.
The history of newspaper cartooning is full of images that were stereotypes that viciously condemned various groups of people.  Look at California cartoons of the Japanese during WWII and before.  Asians, blacks, Mexicans have all been stereotyped in an often degrading manner.  Jews and Catholics have also been singled out, as have women. Today’s news editors and many newspaper readers would definitely question these often degrading stereotypical images. 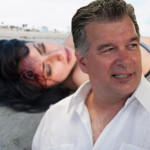 The artist who goes by the name “El Imagenero”: Photographer, Creator of “What We Censor, What We Don’t”

Artists, at least those who have something to say, face all sorts of attempts to silence them.  Often, those start in the artist’s own head, which … (began) by something in the artist’s rearing or schooling.
In my experience, many artists, as well as philosophers, scientists and others, risk emotional or physical injury when, like Saul of Tarsus on his way to Damascus, they find themselves “kicking against the pricks” of convention and the standards of others in service of their own sensibilities and moral imperatives.
These restrictions on art and other expression are not relics of history or limited to Muslim extremists, although the summary execution of persons based on their expression seems to be limited to religious extremists.
At bottom, everyone says they support artistic freedom and free speech. But most of us have an unspoken limit to what range of freedoms we will extend to others.  So, it’s nothing new. It’s nothing artists throughout history haven’t faced. But, like any other crime, it is still wrong, whether done by self-styled terrorists or government and church authorized bureaucrats. 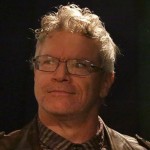 I’m reading many reactions to this tragedy. Most of them are not talking about it. They are using the tragedy as a pivot to talk about other things. Nobody wants to acknowledge that we will be murdered for expressing ourselves. We will. We are. There will be more deaths and next time you pivot away from seeing this, you lurch toward culpability.

Ellwood T. Risk, San Pedro Artist
There’s a quote by Plato that reads, “Only the dead have seen the end of war.”
It’s a sad thing indeed that as we move through the first quarter of the 21st century, men still find it necessary to kill those who don’t share their view of the world. Though a terrible day for France and artists everywhere, the horror of the massacre at Charlie Hebdo is but the latest mark on the wall of sorrow that is human history.

Ron Linden, Artist, Curator at TransVagrant/Warschaw Gallery in San Pedro
Of course, I’m extremely saddened by the Charlie Hebdo killings and realize the complexity of response. Sunday, the streets of Paris were lined with as many despots as patriots — leaders of repressive governments currently incarcerating journalists and engaging in censorship locked arm-in-arm with upright citizens. Thinking of Julian Assange, Edward Snowden and Chelsea Manning. I find it ironic that many of those most vocal and visible in support of “freedom of expression” are themselves comfortable living under such censorship and repression. 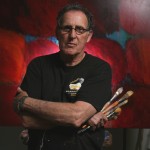 Michael Stearns, Artist, Curator at Gallery 347 in San Pedro
As a person who has not been radicalized, I find it abhorrent that someone could kill another person over a cartoon, even a cartoon that was in very bad taste, totally insensitive, racist perhaps, and overtly offensive to almost everyone. I would defend the creators right to make such a cartoon or any other form of creative endeavor. I also understand that censorship exists and that it can be a very fine line, provoking discussions that will never end.
What I do know is that we are all targets. All societies have members among them who have been radicalized and feel that extreme measures are needed. From artists who feel they have a message to pass on, a wrong to be righted, an opinion to be shared, to doctors performing an abortion, students protesting in Mexico, to kids going to school in Connecticut, people going to work in Oklahoma City, and John Lennon going for a walk in Central Park, we are all targets. But in order to live we cannot hide inside locked boxes. We must all be Charlie. 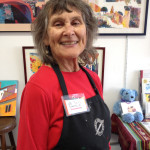 Yes, I am an artist in San Pedro and yes, I am French-born. The horrible tragedy in Paris has been on my mind since it happened.
I come from the south. There are many Arabs living in the there, mostly Algerians. France is one of the most tolerant countries as to race and religion, but there is a strong division between church and state. There has been a grumble lately from the Muslims that schools would not tolerate girls wearing headscarves, while Christians and Jews were not allowed to wear crosses, etc.
Like all big cities, Paris has its public housing on the outskirts, many are Arab families, poor, uneducated even if they are French citizens. Many young men, in particular, are unemployed, who may come from dysfunctional families, little education and no future. They become isolated from the rest of the society they see around them and look for excitement and purpose. Unfortunately, they get attached to the wrong elements. They see the radical Muslims in Iran as powerful, and they join them. The two that attacked Charlie Hebdo were a good example.
This magazine is known for political cartoons, certainly not only Muslims. They ridicule the French president and all kinds of political and religious figures. I certainly cannot condone the horrible act of violence against the artists and applaud their courage, but I wonder, if knowing how edgy the subject was, it was wise for them to print this. I certainly believe in liberty and free speech but I also believe — nowadays — it might be better to back down a little. Let’s face it: several innocent people died (who) had nothing to do with Charlie Hebdo 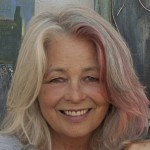 Peggy Zask, Artist, Curator at South Bay Contemporary Gallery
The terrorists are people from a culture without freedom. They do not understand or respect freedom as do people in developed countries.
If artists want to express their ideas and responses in this global culture, they must embrace the reaction that may ensue.  France has a toxic mix of democratic and non-democratic populations, and the massacre that happened was tragic.
We, as an art community, should do everything we can to preserve freedom in the world.  Can the artists of the world be censored?  I think now is a time to focus on worldwide issues of censorship and make art that addresses every challenge to our freedom on all fronts.
I think there is an intense energy rising in our art community that will fill the world
with expressions of freedom.  As a curator, I would like to put together a show that captures and shares today’s feelings — and do whatever we can to preserve creative freedom.