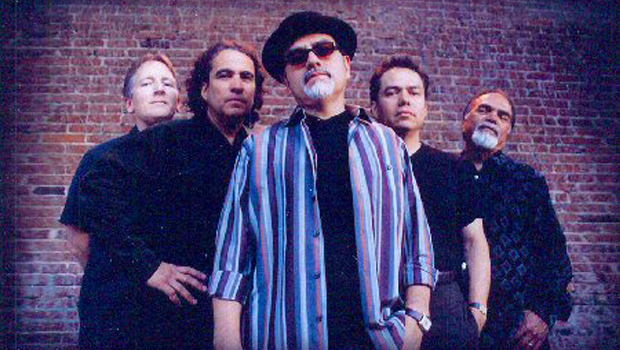 Just off a great performance that pulled in a big crowd at the Sept. 6 New Blues Festival at Long Beach’s El Dorado Park, Joey Delgado of The Delgado Brothers spoke briefly about the band’s upcoming documentary, In Time, directed by Lance Mungia.

The title of the film is also the name of a song on Learn to Fly, The Delgado Brothers’ last album. In Time was filmed a more than two years ago, but Delgado said it is going to be a five-year process, so it’s still in rough form. The Delgados are hoping for additional funding to help them complete the film by next year. Originally, they started an Indiegogo account to raise funds. Now, they are applying for a Sundance grant program for films that are already in process.

“In Time screened two years ago in Monrovia, and more 500 people attended and loved it,” Delgado said. “The premise of the movie is all about my older brothers growing up in the East Los Angeles rock ’n’ roll scene in the 1960s. That is how we started out playing. My brother Bob, the bass player in our current band, was the one who started guiding us to the blues, the real blues. We were able to learn it first-hand”.

The Delgado Brothers have a rich history of performing and a special relationship with their fans in East Los Angeles and the San Gabriel Valley. This past May they shot additional footage at The Carrie Hamilton Theater in Pasadena. At that time, there were some songs missing from the original filming so the Delgado’s put together a performance with a 7-camera shoot. Many of the songs recorded that day will make it into the film.

In Time will be released to the Delgado Brothers’ friends and family first, then will be available worldwide on iTunes. When the film is completed it will have a screening at a local theater.

“The Delgado Brothers have been playing for 45 years and I’m proud of the fact that we’re still trying to create new music and we’re still relevant,” Delgado said. “We don’t try to rely on our past successes. We just keep creating and keep playing and we love what we do.”