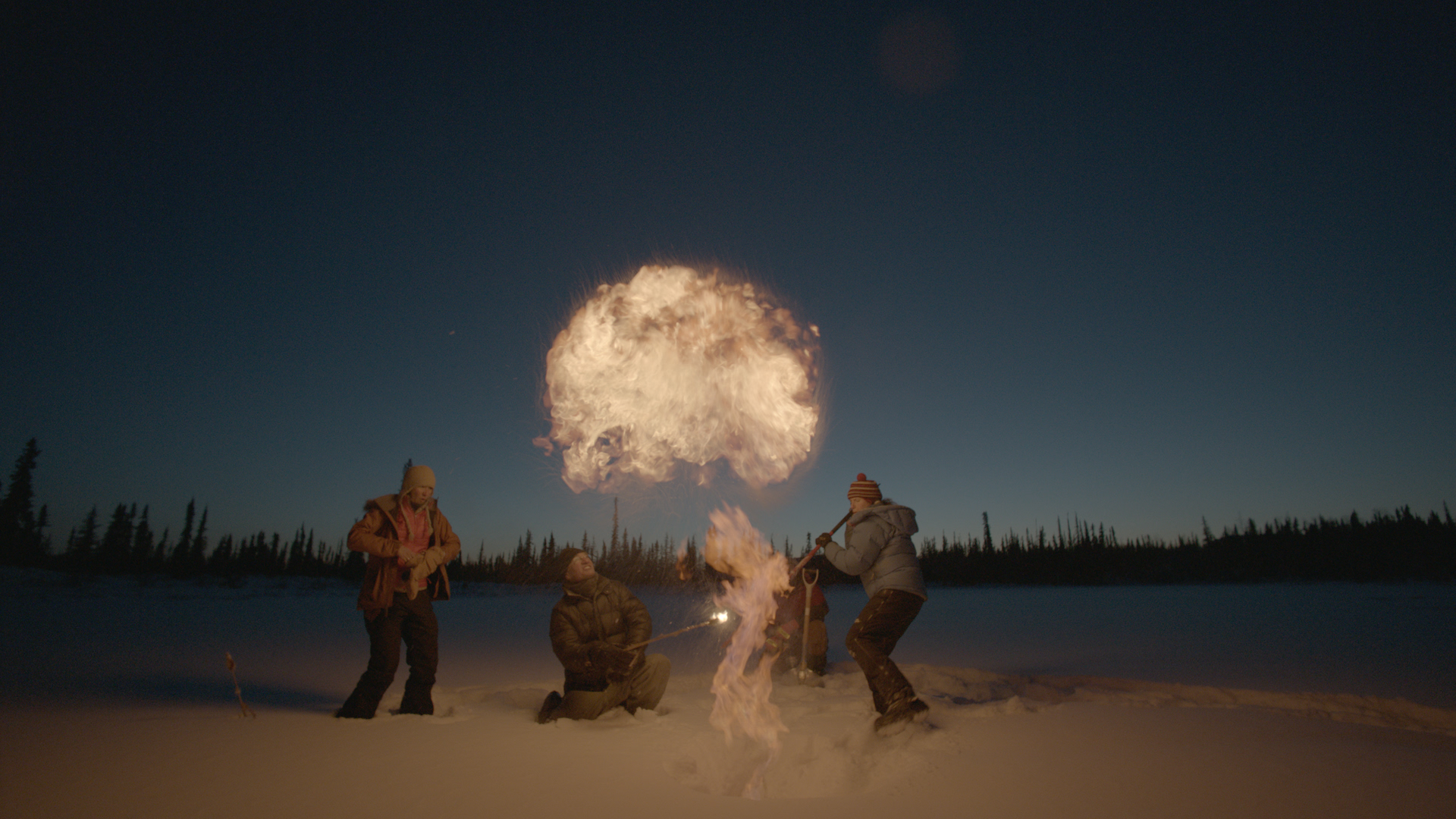 Among the events that comprised the VisionLA ’15 Climate Action Arts Festival was the Dec. 2 screening of Racing Extinction, at Off the Vine in San Pedro. The festival spanned Los Angeles and paralleled the Paris summit on climate.

The documentary is a collaboration by Academy Award­-winning documentary filmmaker Louie Psihoyos and several scientists, environmentalists, artists and engineers. It examines how humans are legally and illegally contributing to the extinction of wild animal life. And its theme fit perfectly with a festival that amounts to a response from local artists to global environmental crises.

Racing Extinction catches you with its cinematography, which draws from the work of world-renowned photojournalists connected to National Geographic such as Shawn Heinrichs, Paul Hilton and Joel Sartore.

The Tesla Model S is outfitted with a 15,000 lumen robotic video projection system that deploys out of the back window, a FLIR camera that raises through the hood (a.k.a. “frunk”), a disappearing license plate, and an electro-luminescent paint job by Darkside Scientific.

The film weaves together compelling narratives and powerful imagery to assert that wildlife trade is second only to the drug market in the world and that carbon emissions are a danger hidden plain sight making the world’s ocean inhospitable to the earth’s marine life.

At one point, the film crew was on an Indonesian island while fishermen were hunting endangered manta rays. Fishermen have reverted to hunting these creatures because they are running out of sharks to kill to make shark fin soup, a delicacy. As a result, the fishermen end up sacrificing two species and crippling an eco­system— for soup!

“Just about everything endangered in the world is for sale in China,” said Psihoyos in the film.

Still the crew had what appeared to be cameras hanging from their necks, while they were actually filming video within a warehouse of the endless rows of dismembered shark and manta ray fins from hosts that were left for dead.

Manta rays have one pup every couple of years, one of the environmentalists on the crew said. The number of fins he saw before him in that warehouse represented an entire generation of manta rays wiped out.

The film also looks at the effects of climate change. There are many backroom conversations and provocative visuals. That’s the point: it’s meant to shake you up.

It was noted later in the film that the western world has already done an incredible job of polluting and wiping out species. And did it with fewer people. Now other countries are doing the same, with significantly increased population and it is pushing animal life to the brink of extinction.

Due to pollution from carbon emissions and overfishing, the ocean is becoming acidic — a condition that will make creatures in the ocean simply dissolve. Photojournalists in the film remarked that they are documenting a time and place that in the future, may not be here in the future.

At another point in the film, an artist who specializes in projection filming protested a restaurant in Japan for offering whale meat on the menu. He projected images of whales in their environment, living and swimming with their young, alive, on the wall in front of this restaurant.

“We are the last generation to save ourselves,” Psihoyos said. “There is no one else we can count on, only us,” Racing Extinction illuminates the devastation for both wildlife and humans if we don’t drastically change our practices. It also shows us how one person can actually make a difference.

At Off the Vine, the film’s impact was almost immediate. “We had a good discussion afterwards,” duSoleil said. “That was the point, in regards to one thing we can each do at a grassroots level to involve others and to have broader influence at the government level.”