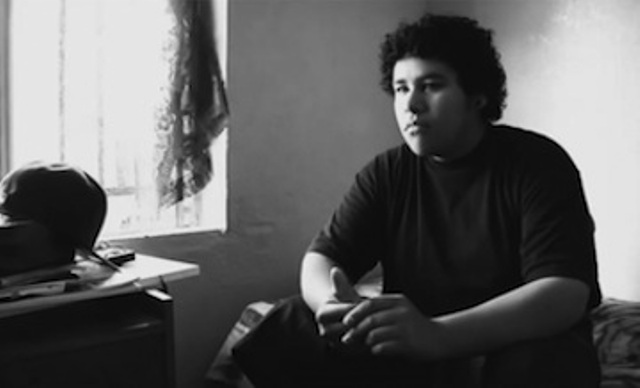 “Art has always been my passion since I was a child… as I started to get older my love for art increased and I knew that this was going to save me from a difficult life.”
— Gustavo “Curly” Fernandez

Anyone with a passing familiarity with cultural history of the arts in Los Angeles has heard the name Chouinard (pronounced shuh-nard).

The influential art school counts some of the most innovative names — from painter Ed Ruscha, to Academy Award-winning costume designer Edith Head— as its alumnae. The school operated from 1921 to 1972.

I grew up hearing the name because my father graduated from the Chouinard Art School on the G.I. Bill following World War II. Nonetheless, I had no idea the school single-handedly created the West Coast art scene.

My father was not a fine artist. He was a lucky man who found his way out of an impoverished life in the southern New Mexico copper mines and into a solid career as an illustrator in the nascent California aerospace industry. His luck and talent led him to create fantastical artistic presentations of the race to the moon. The journey from the copper mines to the Mission Gemini project was amazing.

Much of this luck was made possible by a kind-hearted woman named Nelbert Murphy Chouinard, who dedicated her life to training artists and bringing life to the barren 20th century Los Angeles cultural landscape.

My father would have related to Curly Fernandez, a boy looking towards art for salvation.

Curly is the subject of an award-winning film, Curly, which documents his journey and the story of the iconic art school that changed the Los Angeles culture.

In 1972, the school closed when it was contentiously consumed in the creation of CalArts and the Disney Corp.

Through an accident of good fortune, the history of the school was unearthed by artist Dave Tourjé. Tourjé purchased Nelbert Chouinard’s former home and began to research her place in the art world.

From 2006 to 2009 the Los Angeles Department of Recreation and Parks hosted affordable art classes in partnership with Chouinard Art Foundation, where Fernandez received his first training in the arts. Curly Fernandez served as an archetype for thousands of young artists, including my father, who sought salvation through the arts. The Chouinard Foundation carries the torch for them all.

The film follows the young man as he journeys from tagging street graffiti to life drawing classes. His self-esteem begins to grow as he develops the identity of a talented artist, away from a life in the streets.

“That’s what art gave me: stability,” Fernandez said in the film. “It’s like a drug to me. Art is my fix.”

Fernandez carries his portfolio of street art to local businesses and occasionally receives permission to create legal ‘tags’ in his neighborhood of South Los Angeles.

In the film Fernandez meets with Chaz Bojorquez, a Chouinard graduate and a highly acclaimed Chicano artist. Bojorquez lives in the inner city. He began his career in the 1950s, much like Fernandez, painting graffiti.

The seasoned artist mentors the young apprentice in the ways of the streets. He provides wisdom that comes with lessons learned from the hood. Chaz was one of the first graffiti writers from Los Angeles with his own style. After more than a decade of tagging in the streets in the 1970s and early 1980s, came a deeper need to understand, why do we do graffiti?

Many other legendary alumni from Chouinard are included in the film, through rare in-studio interviews.

South Bay artist, John Van Hamersveld, also a Chouinard alumni and a famed designer of iconic posters and murals, serves on the board directors for the Chouinard Foundation.

“Bringing children in those neighborhoods into classes and learning how to draw is in a sense pulling them into the idea of ‘drawing the idea,’ and from there they get to relate to a larger culture,” Van Hamersveld said.

Unfortunately, the foundation no longer has funds to provide classes through the Recreation and Parks Department, but they have found new life through the release of this film.

“This all started when I bought Nelbert Chouinard’s home by accident,” Tourjé said. “We chose to make this film as a way to communicate our mission to the world. I see it as a public trust.”

The foundation has created a library documenting the history of the school and the careers of the renowned alumni.