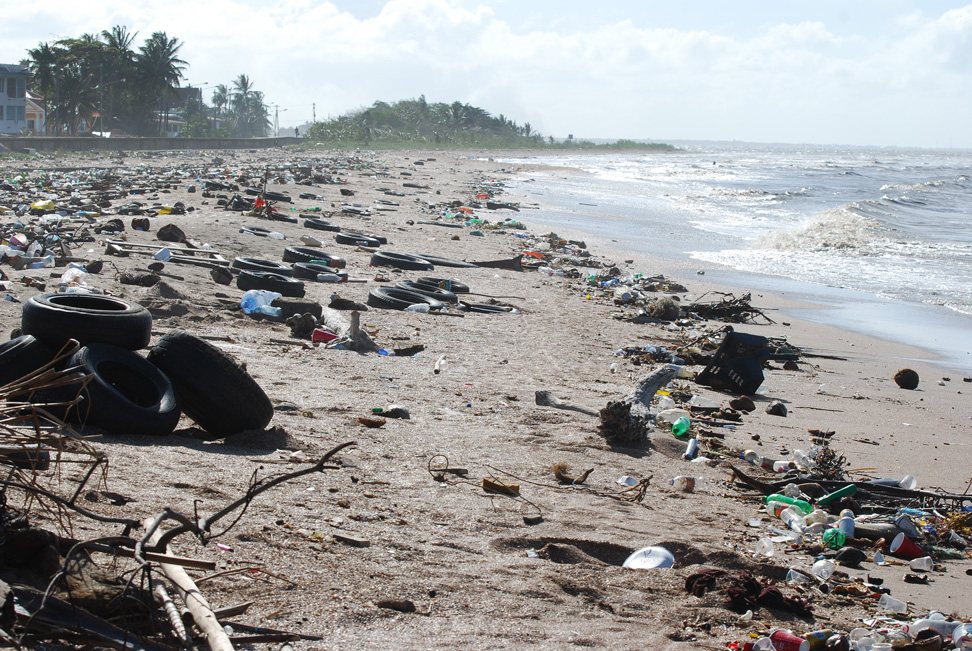 In 1970, millions of young people and others turned out for the first Earth Day, carried by the momentum of massive social movements for civil and women’s rights, and against the Vietnam War  into a fight against the poisoning and destruction of the world’s air, land and water.

The protests have continued annually, but almost 50 years later, the problems remain —mountains of nuclear waste cannot be safely disposed of, toxic spills from factories and oil tankers seep into the water and soil, massive tracts of rainforests are chopped down, ocean plastic pollution contaminates virtually all marine organisms, ocean acidification, resulting from fossil fuels, just like global climate change, threatens the entire planet. There is no political will, nor mobilizations large enough to force existing solutions.

The U.S. government, especially when Democrats are in power, tries to promote itself as the protector of the environment. But every modest gain in regulating pollution and environmental hazards has been won in struggle. For thousands who will turn out for this year’s Earth Day events, their participation should be linked to broader fights against attacks by the government and employers against immigrant workers, women’s rights, workers’ living standards, and the right to an education.

The bosses and their politicians in the Democratic and Republican parties always try to counterpose jobs to the environment. Owners say that they cannot afford to run their factories cleanly. If they deem it necessary, they can move where there are less regulations. “We can’t afford to run this factory cleanly,” the owners complain. “If you insist, we’ll close up shop and move where there aren’t regulations.” The Torrance and Valero refineries refuse to eliminate the deadly modified hydrofluoric acid. In the port, the APM terminal, under the guise of “going green” seeks to eliminate hundreds of jobs. Here they need to fight for job retention and retraining, a shorter work week, with no cut in pay to spread around the available work, and not fight the inevitable automation.

This comes from the same bosses driving hard to bring down workers’ wages and impose harsher working conditions. The cost is paid in workers’ lives, greater risks of hazardous spills, and thousands of unemployed. The banner of “protecting jobs” is hypocritically flown by those who are trying to gut the totally insufficient protections workers have won from OSHA or EPA.

Washington also provides the military muscle to back up the banks demanding that governments in Africa, Asia, and Latin America sign over oil, virgin forest, minerals, land for toxic waste dumps and human labor to pay back loans whose purpose was always to transfer wealth from the semi-colonial world to the coffers of the billionaires, to attempt to overthrow the democratically elected Venezuelan government as a move against Cuba and to get its hands on their oil.

Labor needs to wage a fight to halt the destruction of the environment internationally. We have the biggest stake in protecting the environment, as an integral part of defending our health, safety, and working and living conditions.

Industry and technology in and of themselves don’t lead to environmental destruction nor of the factory workers. But as long as they are run for profits, the bosses will try to get away with as much as they can in their drive for a better bottom line.

The working class can and must take the lead in fighting to end the destruction of the environment by putting forward such demands as: