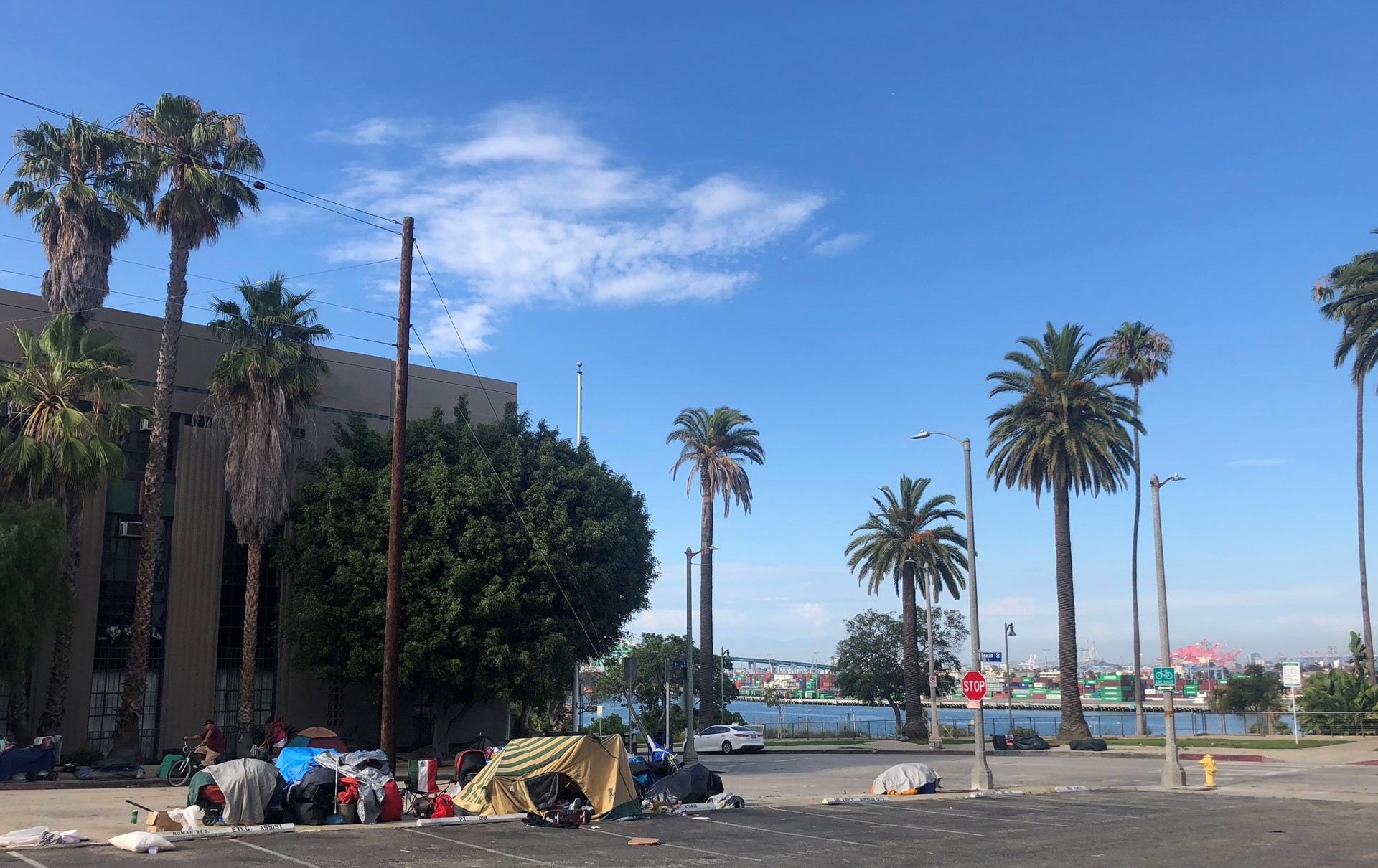 San Pedro on the verge of something

From Long Beach’s rising Gerald Desmond bridge to the growing skyline of Los Angeles and out to the edge of Venice’s “Silicon Beach” the development cycle is booming with ever increasing intensity. Neighboring cities like Inglewood and Carson don’t want to be left out of the action and the County Assessor’s office is beginning to add up both the values of the new construction and the rise in property values. The 2018 Assessment Roll Forecast reflects both real estate values and new construction increasing by 6 percent with a net local tax roll of a whopping $1.5 trillion. As usual, the eye is on the future (not the past) and the buzzword is gentrification. The buzz-kill of course is the 56,000 homeless neighbors in the county and those being evicted by unregulated rising rents. But hey, isn’t that just the price of progress?

Here in the “biggest little town” in all of Los Angeles City — San Pedro — the clash between progress and culture is only recently becoming self aware. The demolition of the aging Ports O’ Call Village and restaurant conjured up a visceral reaction. The planning for the replacement of Rancho San Pedro public housing and the rush to build new compact apartments and condos with starting prices two or three hundred thousand above the median prices here are making some shake their heads in wonder. And the clash between the union, the Port of LA and Maersk shipping company over the automation of the waterfront enraged hundreds of ILWU members who protested the threat of job elimination by robotics.

The voices of protest were so strong that the port police brought in a reported three riot squads in case things got out of hand at the Harbor Commission hearings on the matter. They were advised by the union leadership to “keep them hidden” so as to not antagonize the protestors even further. The port did and nothing violent happened, but the reaction to this kind of “progress” was like a primal scream.

What it showed, however, was the disconnect from the city’s boosterism over new technology and “progress” versus the ardent working class culture of the Los Angeles Harbor Area. Even the San Pedro Chamber of Commerce was afraid to take a position on the automation issue even though many of their member businesses signed petitions and supported the ILWU. This would be unusual in almost any other chamber of commerce in America — businesses siding with unions.

There is in this kind of disconnect between those promoting a version of the future and those who are resisting it.

Los Angeles believes in reinventing itself every so many years. It is sold on some kind of self-creation myth, promoted by the silver screen, big developments and philanthropic billionaires naming monuments after themselves. Los Angeles as a conceptual place is constantly chasing the chimera of “the new.” San Pedro by contrast embraces something more “authentic,” tied to history and embraces authenticity. It often questions anyone who shows up with a new bright and shiny object.

A similar symbolic disconnect occurred during Fleet Week this past August with the U.S. Navy sailing into the San Pedro Bay on its annual promotional recruitment cruise­ it advertised as a “tourist event” bringing 200,000 or more people to the Port of Los Angeles. On the last Friday of the month, during the same week as Fleet Week, every low-rider in the county showed up for an unsanctioned cruise night. There were more classic Chevys chopped and striped, lowered and chromed causing a bigger traffic jam on South Pacific Avenue than there was for the Navy event.

Back in July, following the blowout over Pier 400 automation, many of the classic car guys boycotted the port’s Cars and Stripes event in solidarity with the union.

Similarly, the local peace group challenged the patriotic-tourism narrative by protesting Fleet Week’s take over of Labor Day weekend, all the while the largest Labor Day event west of the Mississippi gathered in solidarity some 20 unions and close to 10,000 participants in the Los Angeles Harbor Area.

The clash goes even deeper when you talk to the guys in the punk rock scene who emerged from a very local DIY aesthetic towards what’s cool and what isn’t. Mike Watt of Minutemen fame is the best example of what he calls the “econo” do-it-yourself, working class perspective. His latest explanation of this is expressed in the Los Angeles Times article “We eat econo: Mike Watt on pork sandwiches, punk rock and the future of San Pedro.”

His very existence in Pedroville, his music and the rise of a new joint, The Sardine, is the perfect counterbalance to “the new San Pedro Waterfront Marketplace” that is once again postponed due to “certain anomalies in the bidding process.” The replacement of Ports O’ Call and the much awaited waterfront promenade is still some three years away and the town’s “visionaries” are still promoting this as the future of prosperity.

I feel as though I’m watching a group of John Smith’s Mormons pushing carts across the Great Plains of America chasing a religious mirage convinced that it is water.