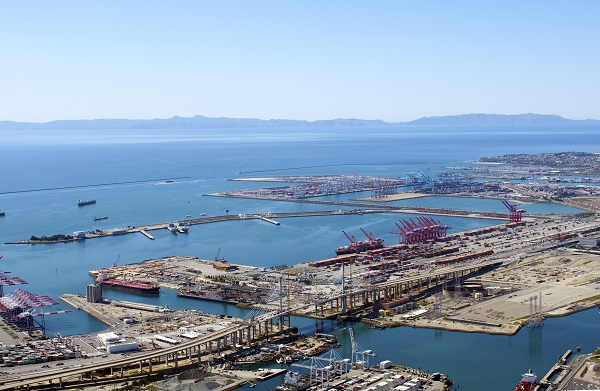 LONG BEACH — The Port of Long Beach Aug. 17, collected the most awards from the American Association of Port Authorities by earning recognition for all 14 of its entries spanning a variety of communications campaigns, including the trade association’s top prize for the Gerald Desmond Bridge Replacement Project Mobile App.

The Gerald Desmond Bridge Replacement Mobile App, launched in January 2019, won the AAPA’s Award of Overall Communications Excellence trophy, the highest honor bestowed by the AAPA, which represents more than 130 seaports in the United States, Canada and Latin America. Long Beach competed in categories composed of seaports with the largest communications budgets.

The new LB Bridge App, deemed by AAPA judges as “visually appealing with so many great features,” informs users of construction status, benefits and impacts of the $1.5 billion bridge replacement project, scheduled to open this year. The app is available to download on Apple and Android mobile phones.

The Port of Long Beach earned the AAPA’s Award of Excellence – the equivalent of first-place trophies – in five categories:

The Port of Long Beach also collected the AAPA’s Award of Distinction – the equivalent of second-place wins – in six categories:

Additionally, the Port of Long Beach received the AAPA’s Award of Distinction – the equivalent of third-place wins – in two categories:

The 2019 Strategic Plan Update was praised by judges in the Miscellaneous category for being “well thought-out” and “a nice aesthetic to go along with great content” while charting a future course for the Port based on direction from the Harbor Commission.